Mangroves in the Philippines

There are 54 species of true mangroves (34 major and 20 minor) worldwide and 60 mangrove associates (Tomlinson, 1996). The Philippines has around 47 ‘true mangrove’ and associated species belonging to 26 families. True mangrove species are those that strictly grow in the mangrove environment while associated species may thrive on other habitat types such as beach forest and lowland areas (Melana and Gonzales, 1996).

Satellite image analysis indicate that currently Mindanao has the most mangrove areas in the country (29% of the country’s total) while Luzon and Mindoro have the least. Old-growth mangrove forest are mainly found in Mindanao (4,582 hectares) and Palawan (5,317 hectares) (World Bank, 2005).

Among the mangrove sites with high diversity are the island province of Bohol with 26 species, Pagbilao Bay in Quezon Province with 24 species, Aurora Province with 23 species, Ibajay in Aklan province with 22 species, Puerto Galera Mindoro and San Remegio in Cebu with 18 species (Primavera, 2000).

Mangrove-dependent fauna are equally diverse – studies have recorded as much as 128 fish species, 56 species of birds and 9 species of shrimps (Primavera, 2000). Many villages are named after mangroves. The frequent usage of these common names reflects the usefulness/economic importance of mangroves in the daily lives of the people. The City of Manila is named after maynilad – which literally means “there is nilad’, a mangrove scientifically known as Scyphiphora hydrophyllacea, which lined the shores of Manila Bay and the banks of the Pasig River (Gruezo, 1999).

Shore It Up’s Commitment to Rescue, Restore, Revive the Mangroves

The Mangrove Protection/ Propagation & Information Center (M.P.I.C.) is a legacy of Metro Pacific Investments Foundation, through Shore It Up and its LGU partner, to the Filipino people.

This facility shall serve as the center for the protection and propagation of mangrove trees in coastal estuaries, including the rehabilitation of degraded mangroves in the coastal communities of the country, while providing information for locals, tourists and guests on the value and benefits of mangroves in our ecosystem. 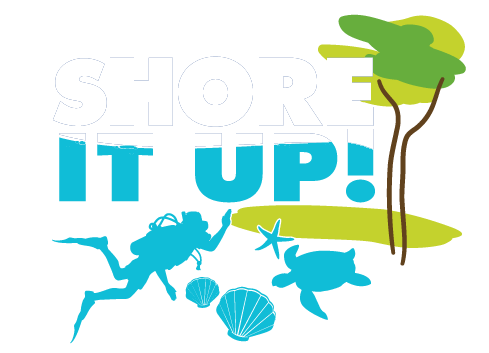